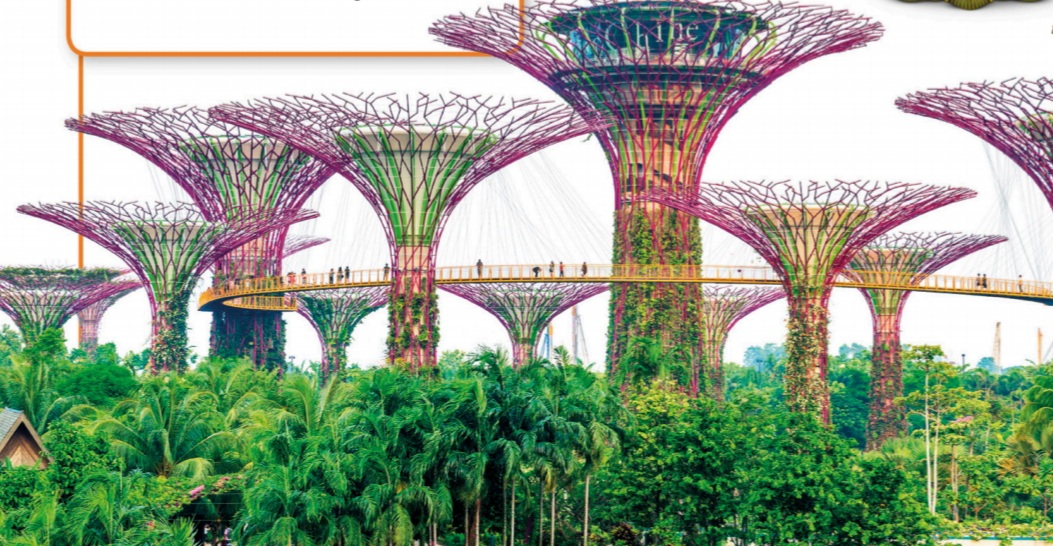 Exciting Facts: What do you know about Singapore?

Hello to everybody! Want to know some exciting facts about Singapore? Tiny Singapore has gained global importance, transforming itself from a large fishing village to a bustling port with a high-tech focus. Actually, what do you know about Singapore? The Republic of Singapore is an island country and city-state at the southern end of the Malay Peninsula in Asia. Discover all the amazing and interesting things Singapore has to offer with these exciting facts.

Located in Southeast Asia, Singapore consists of one 30-mile-long island (called Pulau Ujong, or mainland Singapore) surrounded by 62 smaller islands. What do you know about its neighbors? The country’s neighbors include Malaysia to the north and Indonesia to the south.

Most of Singapore is flat, with more than half only 50 feet (15 meters) above sea level. However, the middle of the island includes Bukit Timah Hill, the highest natural point in Singapore. It stands 545 feet (166 meters)—about the height of a 44-story building.

During the 19th and 20th centuries, Singapore was a place to trade goods. So, Singapore attracted people from other countries, including China. Today about 75 percent of the population is of Chinese descent. The rest are mostly Malay and Indian. On the other hand, Buddhism is a widely practiced religion in Singapore, followed by Christianity, Islam, Taoism, and Hinduism.

One exciting fact about the population of Singapore is that the island has more than doubled since 1980, making the country one of the most crowded islands in the world. But low crime, affordable public transportation, and a technologically advanced capital help the country rank high for life satisfaction. People living there also have a high life expectancy: 82 years.

Another exciting fact you may want to know refers to the importance of food in Singapore culture. In fact, a common greeting is “Have you eaten?” For instance, popular dishes include a crispy flatbread with fish curry called roti prata, and bak kut teh, pork ribs served in a peppery broth.

Rain falls on the hot, tropical island every day of the year. Singapore was once almost entirely covered in rainforests, but 95 percent have been cut down to build bigger cities and skyscrapers. Most of Singapore’s beaches are also human-made—the natural ones were built over to extend cities, called land reclamation. This includes beaches on Sentosa Island, a popular tourist destination.

Nowadays most of the wildlife on mainland Singapore lives in reserves like the Bukit Timah Nature Reserve and the Sungei Buloh Wetland Reserve. That is to say, visitors can see animals like crab-eating macaques, reticulated pythons, and emerald doves. The smaller islands have marine life such as giant clams, Caribbean reef octopuses, black-tip reef sharks, and seahorses.

Singapore is a parliamentary republic. The Parliament is the legislative branch of the government and it is led by a president, who—along with Parliament members—is elected by the public. Besides, the president appoints a prime minister to lead the Cabinet, which is the executive branch. In other words, the prime minister is the head of the government, and the president mostly represents Singapore at ceremonies around the world. In 2017, the country elected its first female president.

Singapore has one of the strongest economies in Southeast Asia. Top businesses include banking and manufacturing of cars and computers. In short, the country has one of the lowest unemployment rates, as well as one of the highest percentage of millionaires.

The original name of the island, Tumasik was taken from the Javanese word tasek, which means “sea.” (Javanese is spoken on the island of Java, in Indonesia.) For centuries, Tumasik was a stopping place for sailors traveling between India and China. The island was mostly settled by fishermen and pirates.

During the 14th century, Tumasik earned its new name, “Singapura”, meaning “The Lion City”, after a visiting prince saw what he thought was an Asiatic lion on the island: the animal once lived across Asia but is now found only in India. After that, Singapore became a British trading colony in 1819, and officially came under British rule in 1826.

The Japanese took control of Singapore in 1942 during World War II but handed back ownership to the British once they lost the war. In 1959, Singapore became self-governing, though Britain still controlled the country’s military. As a result, the country finally gained full independence as the Republic of Singapore in 1965.

Hope you take a keen interest in this wonderful country and its breathtaking natural beauties, as well as its people and culture! Go on learning about other great countries such as England, Canada, Ireland, and the United States!

Likewise, check my Facebook page or my TeachersPayTeachers store, where you will find all sorts of pieces of advice and resources.