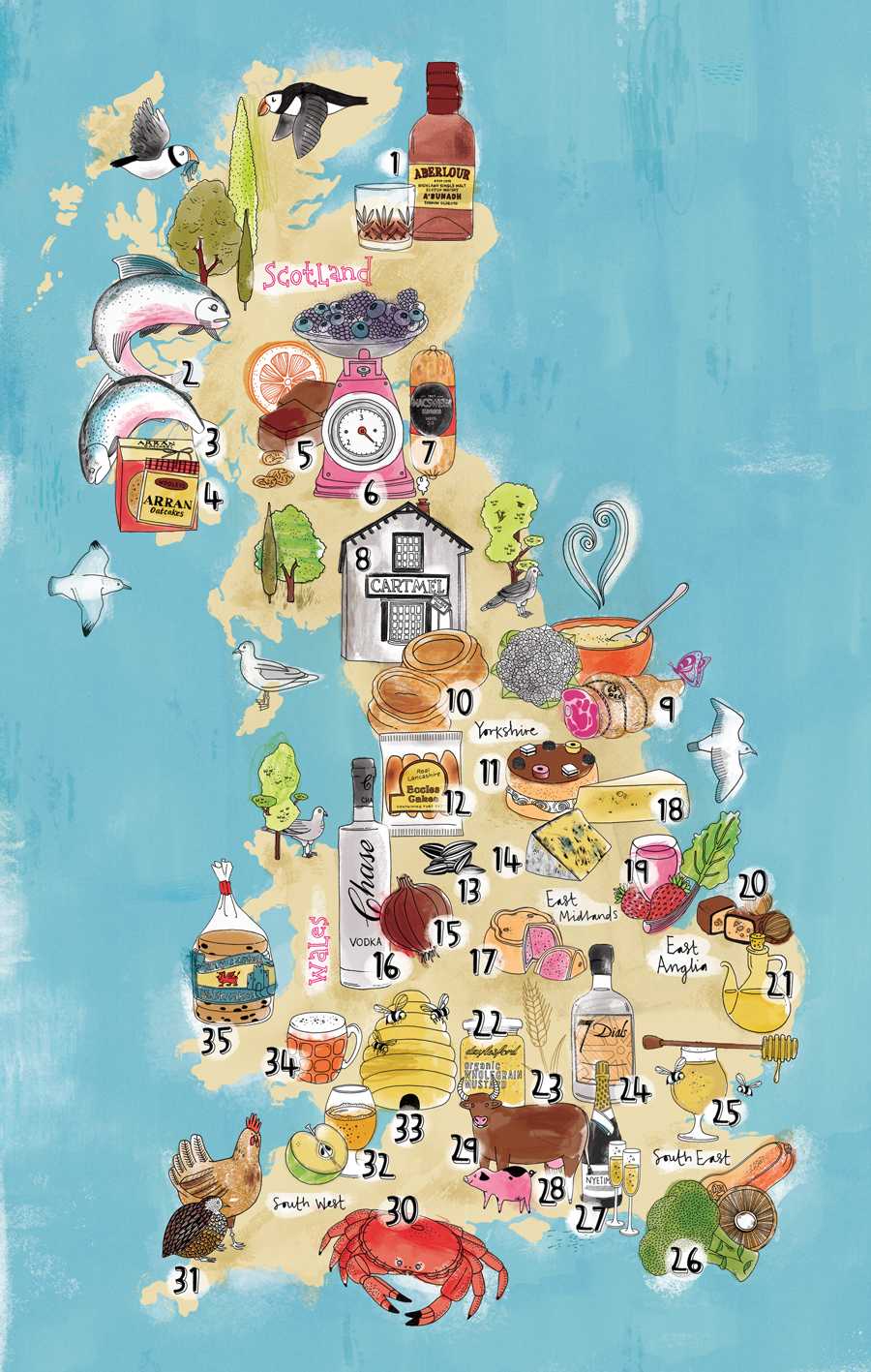 England is located on the island of Great Britain, which lies to the west of the main continent of Europe. The English Channel separates England from France. Scotland lies to England’s north, and Wales is to its west.

Most of England is covered with hills, though there are plains in the central and southeastern regions. The Cumbrian Mountains are in the northwest. They include Scafell Pike, which at 3,210 feet (978 meters) is the highest point in England. The Pennines are lower mountains in the north and center of England. Cliffs and bays line the shores.

The longest river in England is the Thames and it flows through a large part of southeastern England. Other large rivers that flow through England are the Severn and the Trent. England has few notable lakes. The largest, Windermere, is in an area known as the Lake District in the northwest.

England’s climate is rainy and temperate, so winters are mild, summers cool, and rain falls in all seasons.

Only a small part of England’s land area is covered by woods. Farmers cut many of the original trees and they began clearing the land hundreds of years ago. The iron and shipbuilding industries used other trees. The original trees consisted mainly of oaks, beeches, ashes, and elms. Spruces, larches, and pines, which grow rapidly, have been planted to replace those trees. Moorland in the north and the southwest is covered by heather, bracken, cotton grass, and other varieties of moor grasses, often used for sheep grazing.

The people of England are a mixture of many different ethnic groups. The early people of the area were called Celts. Anglo-Saxon invaders from northern Germany arrived in the 400s and 500s CE and established what became the English language. Invaders from other northern European countries came later, including the Norse and the Danes. The Normans from France conquered England in the 1000s.

Most of England’s people are Christian. The Church of England, which is Protestant, is the country’s official church. There are also large groups of Muslims, Sikhs, Hindus, and Jews.

The majority of England’s population lives in cities. The Greater London area, in the southeast, is by far the largest city area. Other major English cities include Birmingham, in the center of the country, and Leeds, in the northeast. Liverpool and Manchester are the main industrial cities of the northwest.

England has a long, great history of producing literature and many other works of art. Among the towering figures of English literature are Geoffrey Chaucer, John Milton, William Shakespeare, William Wordsworth, and Charles Dickens. English music has also had wide influence. The country’s great composers include George Frideric Handel, Edward Elgar, and Benjamin Britten. In the 1960s, English rock bands such as the Beatles, the Rolling Stones, and the Who became popular throughout the world.

In addition, England has influenced the development of English-speaking cultures in many countries outside the United Kingdom. England is also home to Oxford and Cambridge universities, which are among the world’s oldest centers of advanced education.

Services such as tourism, banking, and insurance are the most important part of the English economy. London is a major world center for finance. Manufacturing businesses make foods, chemicals, textiles, computers, automobiles, and aircraft.

Farming accounts for only a small portion of England’s income. The country’s major crops are barley, wheat, corn, rye, oats, and rapeseed (the source of canola oil). England also grow potatoes and other vegetables. Cattle and sheep are raised for meat and milk.

Hope you take a keen interest in this wonderful country and its breathtaking natural beauties, as well as its people and culture! Go on learning about the Use of English and about passing your First Certificate Exam with flying colors!

Above all, take care and enjoy life,