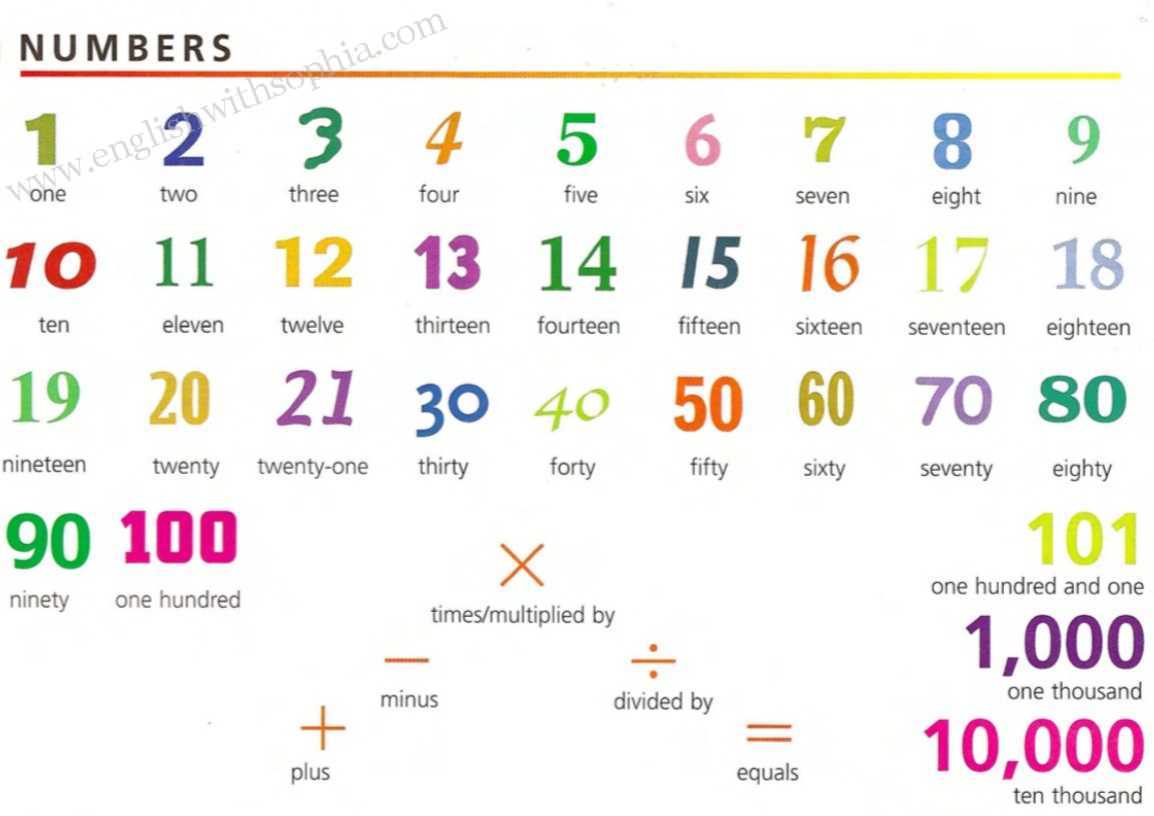 How to Say and Use Numbers Correctly in English

She loves animals and has two dogs, three cats and one rabbit.

My two best friends are Amy and Louise.

Three of his colleagues were sacked yesterday. (sacked = lost their jobs)

We also use cardinal numbers as nouns:

The children arrived in twos and threes.

We normally say a hundred, a thousand, a million. We only say one hundred, one thousand and one million when we want to emphasise the number:

The city is about a hundred kilometres from the capital.

There were about two hundred people at the meeting.

Not: There were about two hundreds people …

However, we use the plural forms hundreds, thousands, millions + of + noun to refer to large, non-specific numbers:

Millions of people live in poverty.

How to Say Numbers in the Millions

For millions, say a number up to 999 followed by “million.” Finish by saying first the thousands and then the hundreds when applicable:

For even larger numbers, first use billions and then trillions in a similar manner to millions:

How to Say Numbers With Decimals

Speak decimals as the number followed by “point.” Next, say each number beyond the point individually:

How to Say Percentages

Say percentages as the number followed by “percent:”

How to Talk About Fractions

Exceptions to this rule are:

Read numbers together with fractions by first stating the number followed by “and” and then the fraction:

Here is how to say a number of important numerical expressions in English.

Hope now you can express with confidence when taking about numbers! Go on learning about the Use of English and about passing your First Certificate Exam with flying colors!