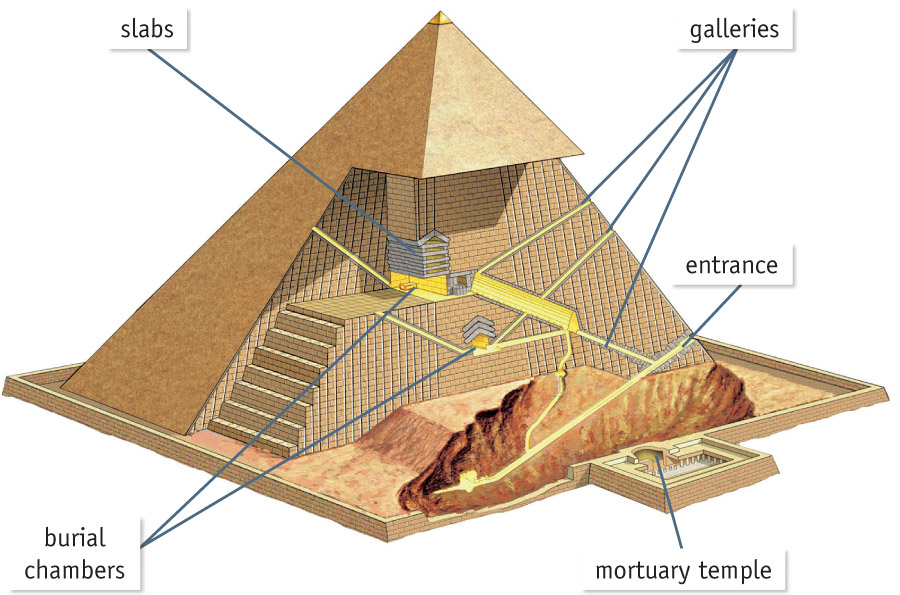 Mastabas and Pyramids in Ancient Egypt

Do you know why mastabas and pyramids were built in Ancient Egypt? For centuries, they were the tallest structures on the planet. The Pyramids of Giza, built over 4,000 years ago, still stand atop an otherwise flat, sandy landscape. Egyptians were one of the first civilizations to believe in an afterlife. They believed that a second self called the ka lived within every human being.

Mastabas were Ancient Egyptian tombs made from mud bricks. They were mostly built after 3600 BC when the Ancient Egyptians started to dry bricks in the Sun and use them to build more advanced architecture and building that were more permanent. These sun-dried mud bricks let them to create arches and recessed walls, for decoration. They let rich people to have more complex and expensive funerals.

The Pyramids of Egypt are among the largest structures ever built and are one of the most important examples of Ancient Egyptian civilisation. Most were built during the Old and Middle Kingdom periods.

The pyramid were mostly made of limestone. The top layers were casing blocks of especially good white limestone laid on top of the main blocks. Each casing block was then trimmed so that the outer surface of the pyramid would be smooth and white. Some capstones were covered with metal leaf.

The casing blocks from the Great Pyramid of Giza were all removed in the 14th and 15th centuries A.D. and used to build the city of Cairo. Some casing blocks still remain on the top of the pyramid next to Khufu’s (belonging to Khafra).

The ancient Egyptians built pyramids as tombs for the pharaohs and their queens. The pharaohs were buried in pyramids of different sizes from before the beginning of the Old Kingdom to the end of the Middle Kingdom.

A small satellite pyramid was built near the queens’ pyramids. Some experts believe that this may have been built as a symbolic tomb for Khufu’s ka (spirit).

Surrounding the pyramid there are several hundred mastaba tombs of nobles. The nobles wanted to be buried close to their pharaoh so that they would stay close to him in the next life.