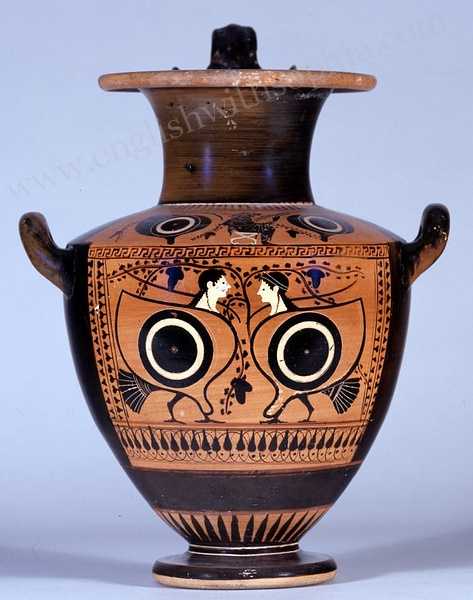 Ancient Greek art stands out among that of other ancient cultures for its development of naturalistic but idealized depictions of the human body, in which nude male figures were generally the focus of innovation. The Ancient Greeks became known for their perfection in art.

The Greeks from the Archaic Period made sculptures of men called Kouroi and women called Korai. These statues had similar features and stood stiffly with their arms at their sides.

During the Classical Period, Greek artists began to sculpt people in more relaxed postures and even in action scenes. The most famous works from this era include the statue of Zeus at Olympia and the statue of Athena at Parthenos.

After Alexander the Great conquered much of Asia, the sculpture and artwork of the Greeks became influenced by the cultures and people they had conquered. This period is called the Hellenistic Period. This period saw new subjects including women, children, and common people appear in Greek art. Famous works from this era include the Venus de Milo, the Dying Gaul, and the Winged Victory of Samothrace.

Greek sculpture was meant to show perfection. They wanted to create lifelike images of near perfect humans. Unlike the Romans, the Greeks never showed human imperfections in their art.

Written record shows that the Greeks enjoyed painting and that it was one of their most important types of art. However, very few of their paintings have survived as they were painted on wood panels or walls which have since been destroyed.

One place where Greek painting did survive was on pottery and ceramics. We can tell from the intricate detail and quality of work that the Greeks were very talented painters.

If you want to know all about Ancient Greece, click here and read this post that explains the geographical, political, social and cultural aspects of this ancient civilization.

1. What were Archaic Period sculptures of women called?

2. What was a common feature of sculptures from the Archaic Period?

a. Subjects stood stiffly with their arms at their sides

b. People were shown in action scenes

c. They were of common people and children

d. All of the above

e. None of the above

3. During what period did Greek artists begin to sculpt people in more relaxed poses and action scenes?

4. Which of the following was a style of column used in Greek architecture?

d. All of the above

e. None of the above

5. What type of art are the Ancient Greeks most known for?

6. Why did so few Greek paintings survive?

a. Because they used water based paint

b. Because they destroyed an artist paintings when he died

c. Because they painted on wood panels and walls

d. Because they didn’t paint

e. All of the above

7. On what type of art did some Greek painting survive?

8. What do art historians call the unique style of Greek art developed during the Classical Period?

9. During what period was Greek art influenced by the many cultures conquered by Alexander the Great?

10. True or False: The artists of the European Renaissance were inspired by the Ancient Greeks.