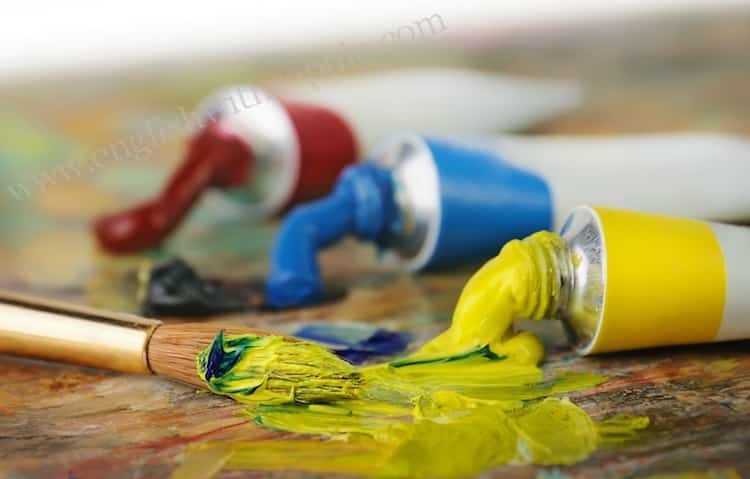 Favorite color and deep reasons why you love it?

Since mankind began using pigments, we have closely examined the effects of color on our psychological state. Why don’t we have a look at your favorite color and discover the deep reasons why you love it?

Artists used specific color palettes in paintings to prompt certain responses from audiences. Below you will find the unique ways in which each color affects our psychological state, and how artists developed their own color theories to evoke specific emotions from their audiences. You can also visit Google Arts and Culture, a resource where you can discover up to 100.000 colorful artworks. Google Arts & Culture features content from over 2000 leading museums. In this section, you have to let colors guide you through different art masterpieces.

Blue holds a diverse array of meanings that depend on geographic location. In Western cultures, blue is generally considered a calming, serene color because you associate it with natural elements like water or sky. It has also been linked to lower blood pressure and slow respiration. This is is why many interior designers choose it for rooms where clients spend a significant amount of time. Blue also evokes feelings of security, trust, and authority. This explains why it’s often the dominant color of police departments and why banks and credit cards often use it in their logos.

In other cultures around the world, blue takes on a completely different meaning. In Asia and the Middle East, blue represents immortality in connection to Krishna, a Hindu deity who symbolizes love and divinity. But in countries such as Turkey, Greece, and Albania, a blue, eye-shaped amulet known as the “evil eye” is worn to protect its wearer from harm. In Ukraine, it is a healing color.

Green is also associated with nature and coincides with lush grass or trees. This color is seen as refreshing or tranquil and can often represent luck, health, and prosperity. Actors often wait in “green rooms” to calm their nerves and to relieve stress because of its soothing effect.

You can see the natural, tranquil aspects of this color in many works by Claude Monet, a passionate horticulturist. This hue is especially evident in his 1899 painting, Bridge over a Pond of Water Lilies, which depicts an arched wooden bridge spanning a pond. The composition consists largely of lush green vegetation. Monet once said, “Color is my day-long obsession, joy, and torment.”

Purple is thought to awaken creativity and imagination. It is often associated with royalty because historically, only the rich were able to afford the expensive items made with the hard-to-produce pigment. Lighter hues tend to exude more peaceful, tranquil emotions. Purple also has symbolic meanings attached to it. “Purple prose” is described as that which is extremely imaginative and prone to exaggeration.

Artist Georgia O’Keeffe made use of purple in many of the flowers she so prolifically painted. It’s the main color in her works Purple Leaves (1922) and Petunia (1925) and it showcases the vibrancy of the natural hue. On the use of color in Petunias, O’Keeffe once said, “I decided that if I could paint that flower on a huge scale, you could not ignore its beauty.”

The color red can take on many different emotions, depending on its use. It has vibrant, intense characteristics that elicit strong reactions. So many brands and advertisers try to capitalize on its visibility and stimulation. YouTube, for example, uses red in their logo as a way to accent their brand name and attract viewers. It also tends to fuel passion, whether it be in an aggressive, angry sense, or that of love and comfort.

Expressionist painter Edvard Munch’s iconic 1893 painting, The Scream, uses red hues. Munch was famous for his exploration of psychological themes. This painting in particular intended to elicit a sense of overwhelming uncertainty. It recreates a vision Munch had while on a walk with his friends, saying, “the air turned to blood”, showcasing the intense anxiety he felt through shades of reds and oranges.

Much like the color red, orange is also seen as an attention-grabbing hue. It’s considered a strong, energetic color, which is why many sports teams incorporate the hue in their mascots, jerseys, and branding. Though it is bright and jovial, it can also have the opposite effect when overused or displayed too harshly.

Mark Rothko often used the color orange in his work. Famous for his large, rectangular canvases with rich colors, Rothko’s aim was to stimulate basic human emotions in response to his carefully selected palette of color. In Ferdinand du Puigaudeau’s Sailboats at Sunset, the artist’s use of orange projects a vibrant, energetic tone.

Yellow is arguably the most bright and intense of all pigments, and as a result, triggers strong emotions. Though it can be cheery and warm, most people perceive it as abrasive. It can even cause frustration or anger when used in the wrong context. Likewise, we also connect yellow to appetite stimulation, an explanation as to why fast-food restaurants like McDonald’s incorporate it into their marketing strategy to attract hungry travelers.

Contemporary painter Paul Gauguin used yellow in The Yellow Christ, complemented by bold outlines. The heightened, overabundant use of yellow helps convey the isolated life and piety of the peasants depicted in the painting.

Black absorbs all light on the color spectrum and appears heavy from a visual standpoint. This is why painters have used it very little throughout art and design, though artists looking to make an impression or evoke a “darker” feeling tend to rely on generous amounts of the pigment. Generally, people associate black with power and authority. It takes on different meanings in different contextual environments. For example, in Chinese philosophy Feng Shui, black belongs to the element of water, and it holds the energy of power in protection. Though it has a mysterious connotation associated with death and evil, cultures in Egypt and the Middle East associate the pigment with rebirth.

Spanish painter Francisco Goya created a series of paintings between the years of 1819 and 1823 referred to as the Black Paintings. The dark color and haunting imagery used in these paintings created a sense of fear and anxiety. Playing upon the fearful, ominous aspect of the hue, Goya can evoke feelings of panic and turmoil within his works.

On the opposite end of the spectrum, most people connect white with safety and openness. It is a peaceful color that projects clarity. Similarly, white has a pure, “clean” feeling, which is why hospitals use it to produce a sense of sterility. While in Western cultures, the color represents purity and elegance, various Eastern societies associate it with death and mourning rituals.

Ary Scheffer, The Temptation of Christ, 1854

Romantic painter Ary Scheffer often painted many works focusing on Christian themes. His 1854 painting, The Temptation of Christ, showcases white as a symbol of clarity and peace.

Hope now you understand better how color works in art and life! Go on learning about the Use of English and about passing your First Certificate Exam with flying colors!