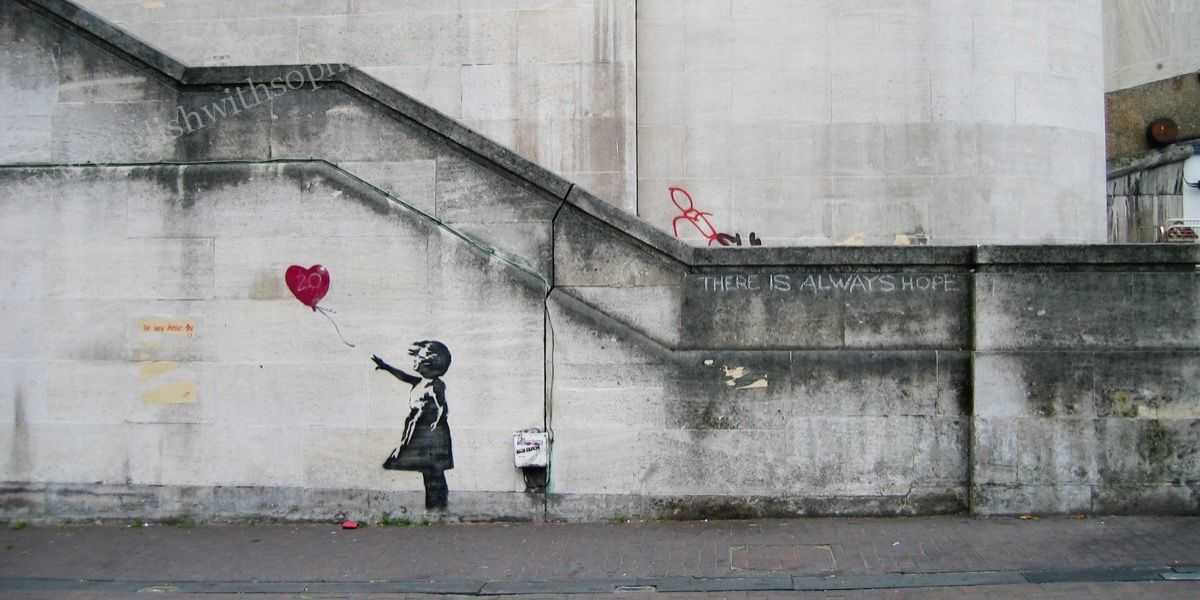 Iconic Banksy: Love him or Hate him Video

The video shows some of Banksy’s thought-provoking pieces of art, often done in public places, and basic information about this anonymous British graffiti artist known for his art against authority.

Banksy, (born 1974? Bristol? England) is known for his art against authority, which has made him an iconic figure or art, and his graffiti, world-wide known.

Though Banksy’s identity was well guarded, he came to notice as a freehand graffiti artist in 1993. Using stencils since 2000 to increase his speed, he developed distinctive recognizable iconic images, such as rats and policemen, that communicated his message.

He once created a series of fake banknotes with the late Princess Diana’s picture on them instead of that of Queen Elizabeth.

In 2005 Banksy also painted a wall on the Palestinian side of the West Bank: on the viewer’s side, children play on a forlorn patch of earth, while through an apparent hole in the wall there is a scene of a perfect tropical beach. Banksy described himself as a “quality vandal.”

Banksy’s books—which include Banging Your Head Against a Brick Wall (2001), Existencilism (2002), and Wall and Piece (2005)—document his projects.

His charitable contributions go mainly to charities that help in the research of diseases of the eye and the restoration of sight to the blind.

If you want to know more about Banksy, check this worksheet in my TeachersPayTeachers store that includes his biography and three activities, a high order thinking activity, a matching activity, and a true/false activity.

Let’s see this video with some of the most iconic Banksy’s graffiti art and basic information about his art. Hope you enjoy it!