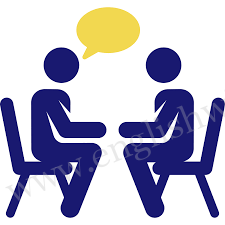 The speaking part 2 of your FCE exam is straightforward; the candidate needs to talk about two photographs and compare them.

The examiner gives you two photographs and asks you to talk about them. You have to speak for 1 minute without interruption and the interlocutor then asks the other candidate to comment on your photographs for about 30 seconds.

The other candidate receives a different set of photographs and you have to listen and comment when they have finished speaking. The question you have to answer about your photographs is written at the top of the page to remind you what you should talk about.

So, as you can see, FCE Speaking exam consists of four parts:

1. Student A speaks for one minute about two photos

2. Student B speaks for 30 seconds about the same photos

3. Student B speaks for one minute about two NEW photos

4. Student A speaks for 30 seconds about the same new photos from point 3

These photos are almost always about people. The technique for answering this part is the same as Speaking Test Part One: respond in about 3 sentences and try to show off your vocabulary.

Because students are being tested on comparing, describing, expressing opinions, and speculating, it is important that students know the language related to these concepts.

We can use the following words for comparing two photos that are similar:

We can use the following words for comparing two photos that are different:

Use the Simple Present and Present Continuous to talk about what is happening in the photos.

Hope you can put into practice all the information and you succeed in this Speaking part 2!