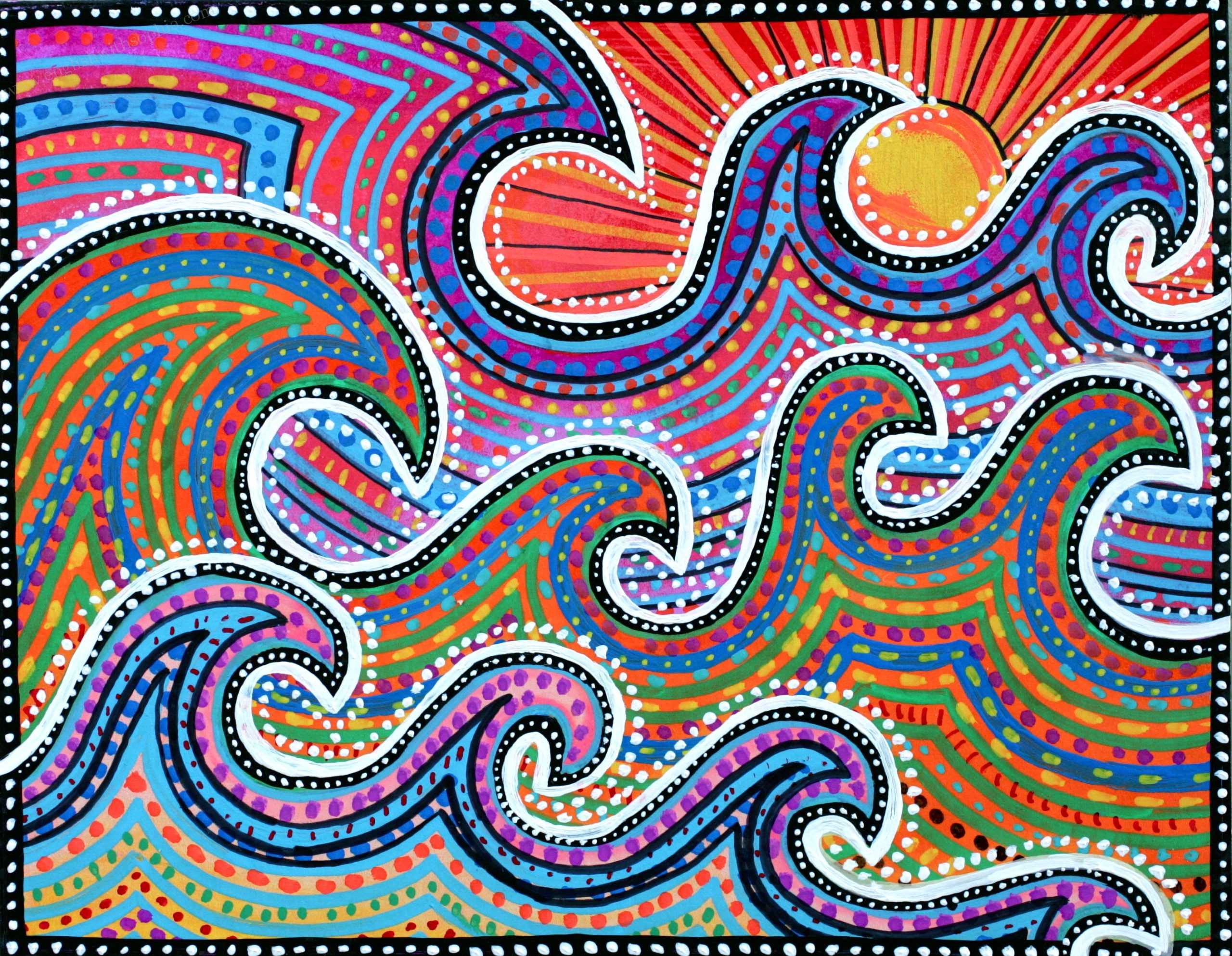 Aboriginal art is art made by indigenous Australian people. It includes work made in many different ways including painting on leaves, wood carving, rock carving, sculpting, ceremonial clothing and sand painting. Aboriginal art is closely linked to religious ceremonies or rituals. It is an important part of the world’s oldest continuous cultural tradition, based on totems and the Dreaming.

Australian Indigenous art is the oldest ongoing tradition of art in the world. The earliest artworks were rock carvings, body painting, and ground designs, which date back more than 30,000 years.

Symbols are used in aboriginal art, to show different things. While the meaning of these symbols is often shared, they can change meaning within the same piece, and they can be different between different groups. Aboriginal art is a language in itself, communicating through beautiful patterns. This started around 30,000 to 40,000 years ago.

Some aboriginal artists sell their artwork for a lot of money. In 2007 Pitjantjatjara artist Yannima Pikarli Tommy Watson sold a painting for AU$240,000.

In 2010 the Queensland Government said that it would have the first two Tilt Trains painted by indigenous artists Judy Watson and Alick Tipoti. With seven carriages and two locomotives, the trains will be 185 meters long, making them the biggest modern aboriginal art piece. The Tilt Trains will run between Brisbane and Cairns.