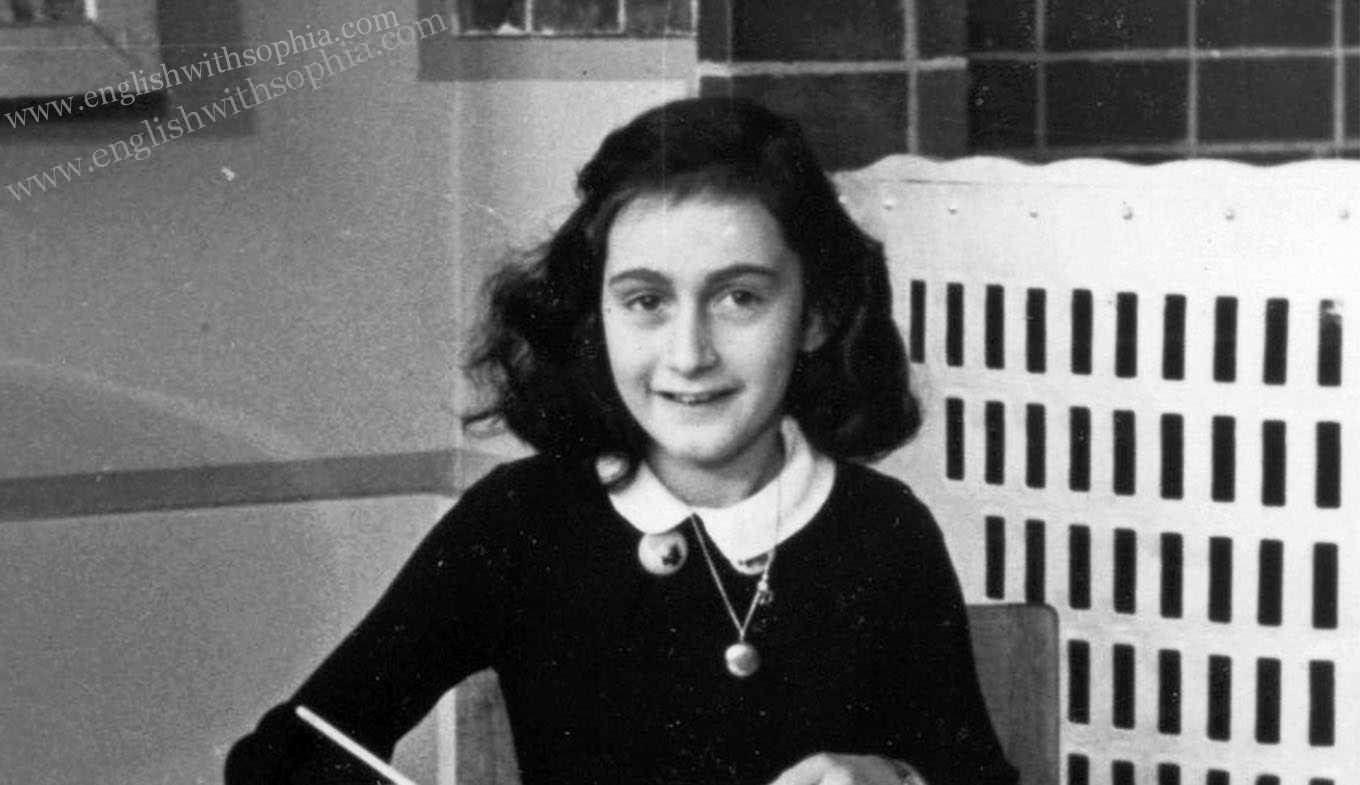 She was a Jewish girl whose diary of her family’s two years in hiding during the German occupation of the Netherlands became a classic of war literature.

Early in the Nazi regime of Adolf Hitler, Anne’s father, Otto Frank (1889–1980), a German businessman, took his wife and two daughters to live in Amsterdam. In 1941, after German forces occupied the Netherlands, Anne was compelled to transfer from a public school to a Jewish one.

On June 12, 1942, she received a red-and-white plaid diary for her 13th birthday. That day she began writing in the book: “I hope I will be able to confide everything to you, as I have never been able to confide in anyone, and I hope you will be a great source of comfort and support.”

When Anne’s sister, Margot, was faced with deportation (supposedly to a forced-labour camp), the Franks went into hiding on July 6, 1942, in the backroom office and warehouse of Otto Frank’s food-products business. With the aid of a few non-Jewish friends, among them Miep Gies, who smuggled in food and other supplies, the Frank family and four other Jews—Hermann and Auguste van Pels and their son, Peter, and Fritz Pfeffer—lived confined to the “secret annex.”

During this time, Anne wrote faithfully in her diary, recounting day-to-day life in hiding, from ordinary annoyances to the fear of capture. She discussed typical adolescent issues as well as her hopes for the future, which included becoming a journalist or a writer. Anne’s last diary entry was written on August 1, 1944. Three days later the annex was discovered by the Gestapo, which was acting on a tip from Dutch informers.

The Frank family was transported to Westerbork, a transit camp in the Netherlands, and from there to Auschwitz, in German-occupied Poland, on September 3, 1944, on the last transport to leave Westerbork for Auschwitz. Anne and Margot were transferred to Bergen-Belsen the following month.

Anne’s mother died in early January, just before the evacuation of Auschwitz on January 18, 1945. It was established by the Dutch government that both Anne and Margot died in a typhus epidemic in March 1945, only weeks before the liberation of Bergen-Belsen, but scholars in 2015 revealed new research, including analysis of archival data and first-person accounts, indicating that the sisters might have perished in February 1945. Otto Frank was found hospitalized at Auschwitz when it was liberated by Soviet troops on January 27, 1945.

Friends who searched the hiding place after the family’s capture later gave Otto Frank the papers left behind by the Gestapo. Among them he found Anne’s diary, which was published as Anne Frank: The Diary of a Young Girl (originally in Dutch, 1947). Precocious in style and insight, it traces her emotional growth amid adversity. In it she wrote, “I still believe, in spite of everything, that people are really good at heart.”

The Diary, which has been translated into more than 65 languages, is the most widely read diary of the Holocaust, and Anne is probably the best known of Holocaust victims.

A new English translation of the Diary, published in 1995, contains material that was edited out of the original version, which makes the revised translation nearly one-third longer than the first. The Frank family’s hiding place on the Prinsengracht, a canal in Amsterdam, became a museum that is consistently among the city’s most-visited tourist sites.

If you wish to know more about Anne Frank and her diary, just click here. You will find a mini unit on Anne Frank that consists of a warming up activity, a reading text, some reading comprehension questions, a couple of vocabulary activities, and a wordsearch. You will also find the answer key and a printer-friendly version of the text. Hope you find it useful!

Why is Anne Frank significant?

Anne Frank, a Jewish teenager, wrote a diary of her family’s two years in hiding (1942–44) during the German occupation of the Netherlands in World War II, and the book—which was first published in 1947, two years after Anne’s death in a concentration camp—became a classic of war literature, personalizing the Holocaust.

Through her diary, Anne Frank is shown to be insightful, humorous, and intelligent. Many entries involve typical adolescent issues—jealousy toward her sister; annoyance with others, especially her mother; and an increasing sexual awareness. Anne also discussed her hopes for the future, which included becoming a journalist or a writer.