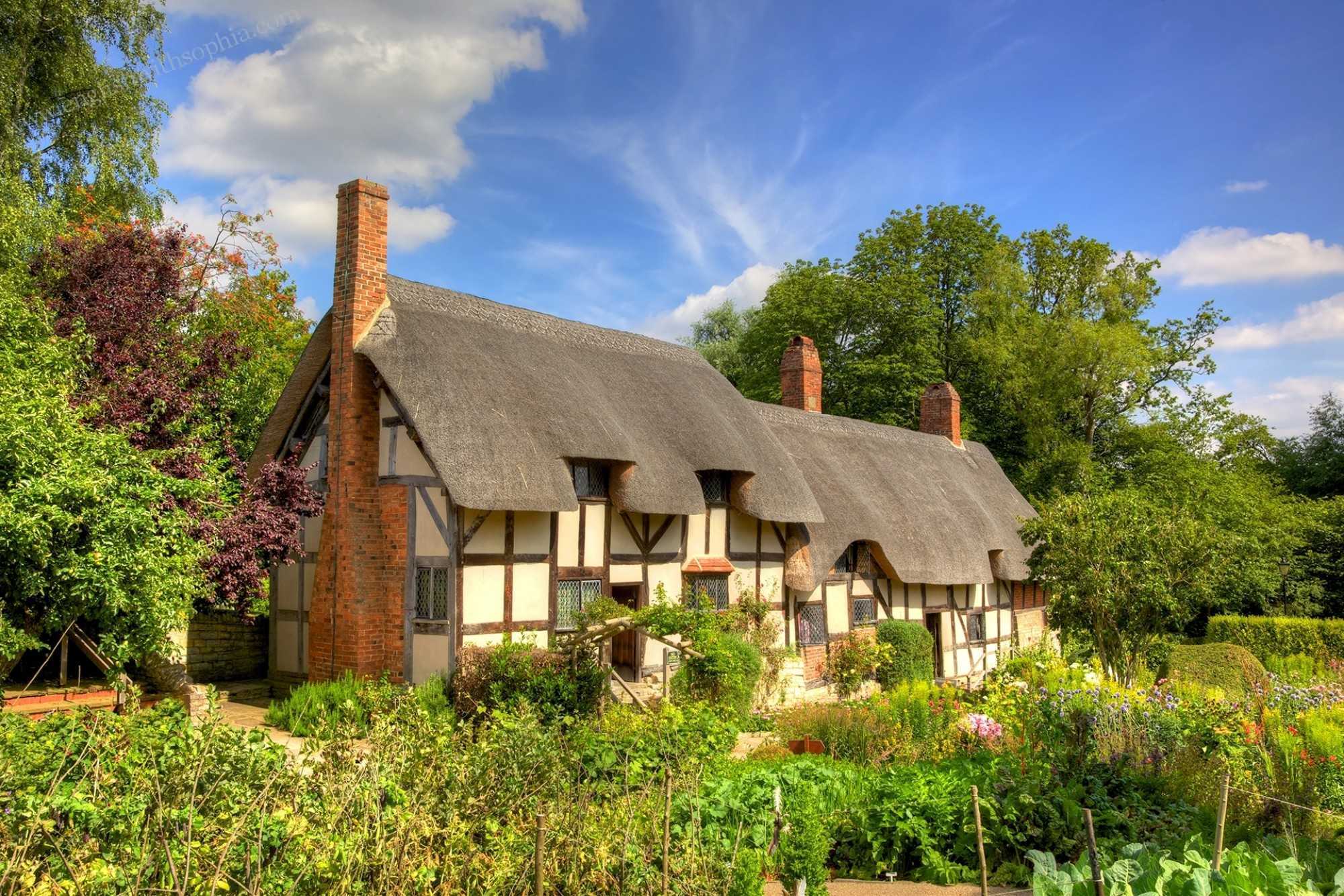 William Shakespeare was a renowned English poet, playwright, and actor born in 1564 in Stratford-upon-Avon. We celebrate his birthday on 23 April, also the date he died in 1616.

Shakespeare was a prolific writer during the Elizabethan and Jacobean ages of British theatre (sometimes called the English Renaissance or the Early Modern Period). Shakespeare’s plays are perhaps his most enduring legacy, but they are not all he wrote. His poems also remain popular to this day.

Records survive relating to William Shakespeare’s family that offer an understanding of the context of Shakespeare’s early life and the lives of his family members. His father John Shakespeare married Mary Arden, and together they had eight children. John and Mary lost two daughters as infants, so William became their eldest child. John Shakespeare worked as a glove-maker, but he also became an important figure in the town of Stratford by fulfilling civic positions. His elevated status meant that he was even more likely to have sent his children, including William, to the local grammar school.

William Shakespeare would have lived with his family in their house on Henley Street until he turned eighteen. When he was eighteen, Shakespeare married Anne Hathaway, who was twenty-six. It was a rushed marriage because Anne was already pregnant at the time of the ceremony. Together they had three children. Their first daughter, Susanna, was born six months after the wedding and was later followed by twins Hamnet and Judith.  Hamnet died when he was just 11 years old.

Shakespeare’s career jump-started in London. We know Shakespeare baptized his twins in 1585, and that by 1592 his reputation was established in London, but the intervening years are considered a mystery. Scholars generally refer to these years as ‘The Lost Years’.

During his time in London, Shakespeare published his first works. They were two long poems, ‘Venus and Adonis’ (1593) and ‘The Rape of Lucrece’ (1594). He also became a founding member of The Lord Chamberlain’s Men, a company of actors. Shakespeare was the company’s regular dramatist, producing on average two plays a year, for almost twenty years.

He remained with the company for the rest of his career, during which time it evolved into The King’s Men under the patronage of King James I (from 1603). During his time in the company, Shakespeare wrote many of his most famous tragedies, such as King Lear and Macbeth, as well as great romances, like The Winter’s Tale and The Tempest.

Altogether Shakespeare’s works include 38 plays, 2 narrative poems, 154 sonnets, and a variety of other poems. Today there are not original manuscripts of Shakespeare’s play. It is actually thanks to a group of actors from Shakespeare’s company that we have about half of the plays at all. They collected them for publication after Shakespeare died, preserving the plays. These writings were brought together in what is known as the First Folio (‘Folio’ refers to the size of the paper used). It contained 36 of his plays, but none of his poetry.

Shakespeare’s legacy is as rich and diverse as his work; his plays have spawned countless adaptations across multiple genres and cultures, and have had an enduring presence on stage and film. His writings have been compiled in various iterations of The Complete Works of William Shakespeare, which include all of his plays, sonnets, and other poems. William Shakespeare continues to be one of the most important literary figures in the English language.

All the world’s a stage /And all the men and women merely players. / They have their exits and their entrances, / And one man in his time plays many parts.

New Place; a home in Stratford-upon-Avon

Shakespeare’s success in the London theatres made him considerably wealthy, and by 1597 he was able to purchase New Place, the largest house in the borough of Stratford-upon-Avon. Although he spent his professional career in London, he maintained close links with his native town.

Recent archaeological evidence discovered on the site of Shakespeare’s New Place shows that Shakespeare was only ever an intermittent lodger in London. This suggests he divided his time between Stratford and London (a two or three-day commute). In his later years, he may have spent more time in Stratford-upon-Avon than scholars previously thought.

Shakespeare died in Stratford-upon-Avon on 23 April 1616 at the age of 52. He is buried in the sanctuary of the parish church, Holy Trinity.