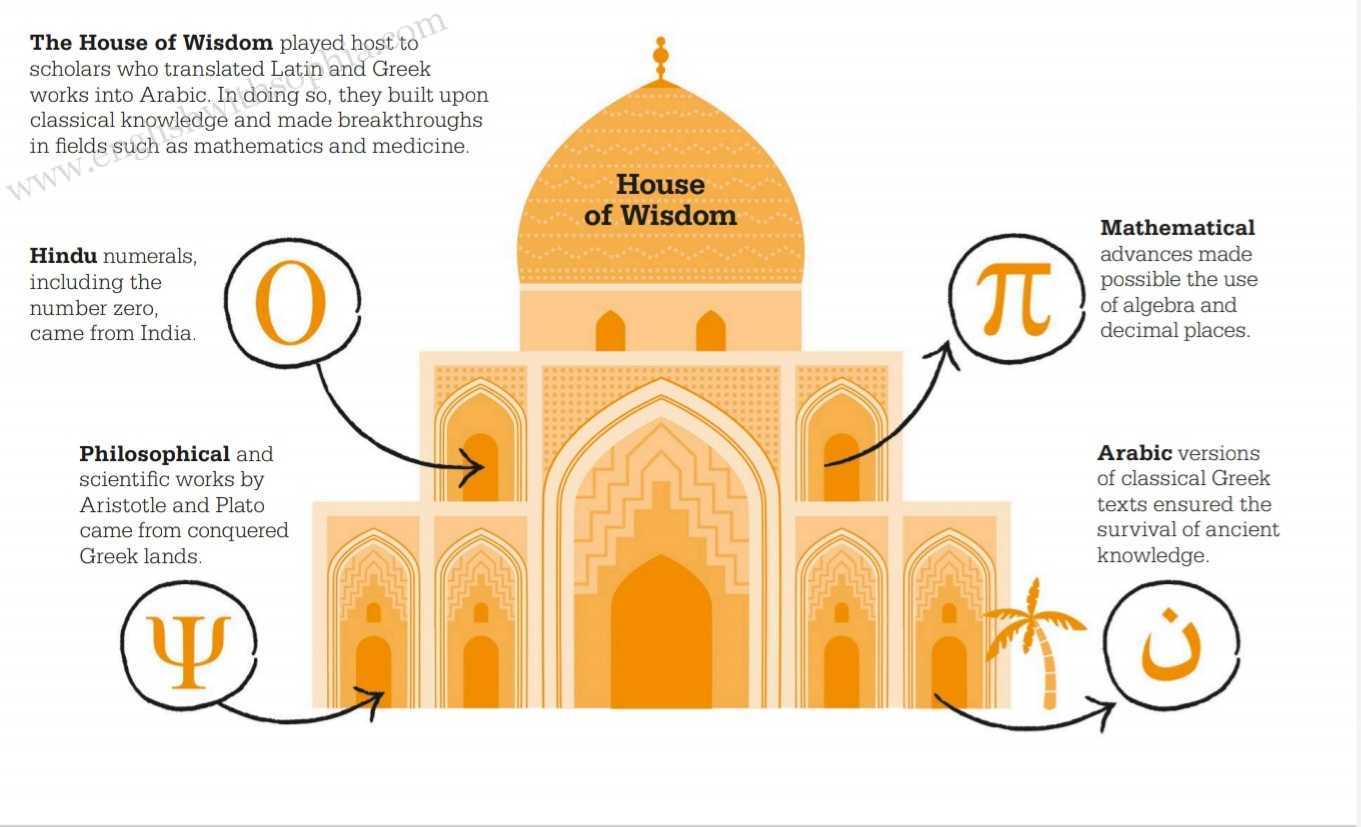 The House of Wisdom, also known as the Grand Library of Baghdad, refers to either a major Abbasid public academy and intellectual center in Baghdad or to a large private library belonging to the Abbasid Caliphs during the Islamic Golden Age.

The House of Wisdom is the subject of an active dispute over its functions and existence as a formal academy, an issue complicated by a lack of physical evidence following the collapse of the Abbasid Caliphate and a reliance on corroboration of literary sources to construct a narrative.

The House of Wisdom was founded either as a library for the collections of the Caliph Harun al-Rashid in the late 8th century (then later turned into a public academy during the reign of Al-Ma’mun) or was a private collection created by Al-Mansur (reign 754–775) to house rare books and collections of poetry in both Arabic and Persian.