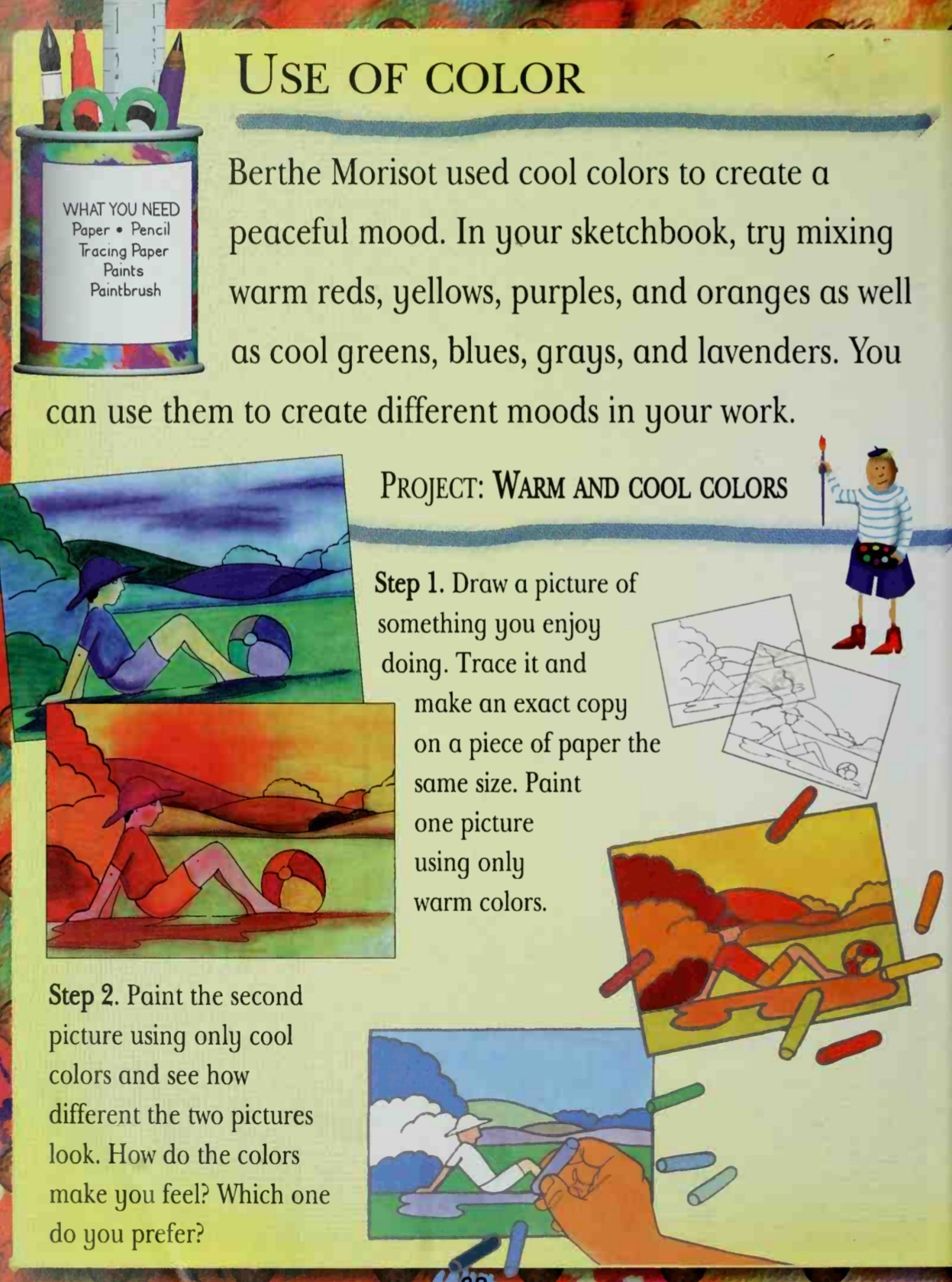 As you may know, Berthe Morisot, a key figure in Impressionism, used cool colors to create a peaceful mood. Here you are a coloring activity for your sketchbook. Try Berthe Morisot Sketchbook Activity and mix warm reds, yellows, purples and oranges. Also try cool greens, blues, grays and lavenders. You’ll see that you can create different moods in your your work.

In Berthe Morisot’s The Cradle, painted in 1872, most of the colors are blues, grays, greens and whites. They create a sense of peace and quite, perfect for the baby. Morisot uses a black background to make the white cradle stand out. The protagonist of this painting is Edna, Berthe’s sister, who is calmly looking at her baby asleep.

Who was Berthe Morisot?

Berthe Marie Pauline Morisot, born in 1841, was a French painter and a member of the circle of painters in Paris who became known as the Impressionists.

In 1864, Morisot exhibited for the first time in the highly esteemed Salon de Paris, that is to say, the official, annual exhibition of the Académie des beaux-arts in Paris.

Her work was selected for exhibition in six subsequent Salons until, in 1874, she joined the “rejected” Impressionists in the first of their own exhibitions, which included Paul Cézanne, Edgar Degas, Claude Monet, Camille Pissarro, Pierre-Auguste Renoir and Alfred Sisley.

Therefore, Morisot went on to participate in all but one of the following eight impressionist exhibitions, between 1874 and 1886.

Morisot married Eugène Manet, the brother of her friend and colleague Édouard Manet.

Above all, she was one of “les trois grandes dames” (The three great ladies) of Impressionism alongside Marie Bracquemond and Mary Cassatt.

Learn more about art in The Magic Fun Art Quiz, El Prado Museum Enchanted Paintings Come to Life, or Iconic Banksy: Love him or Hate him!