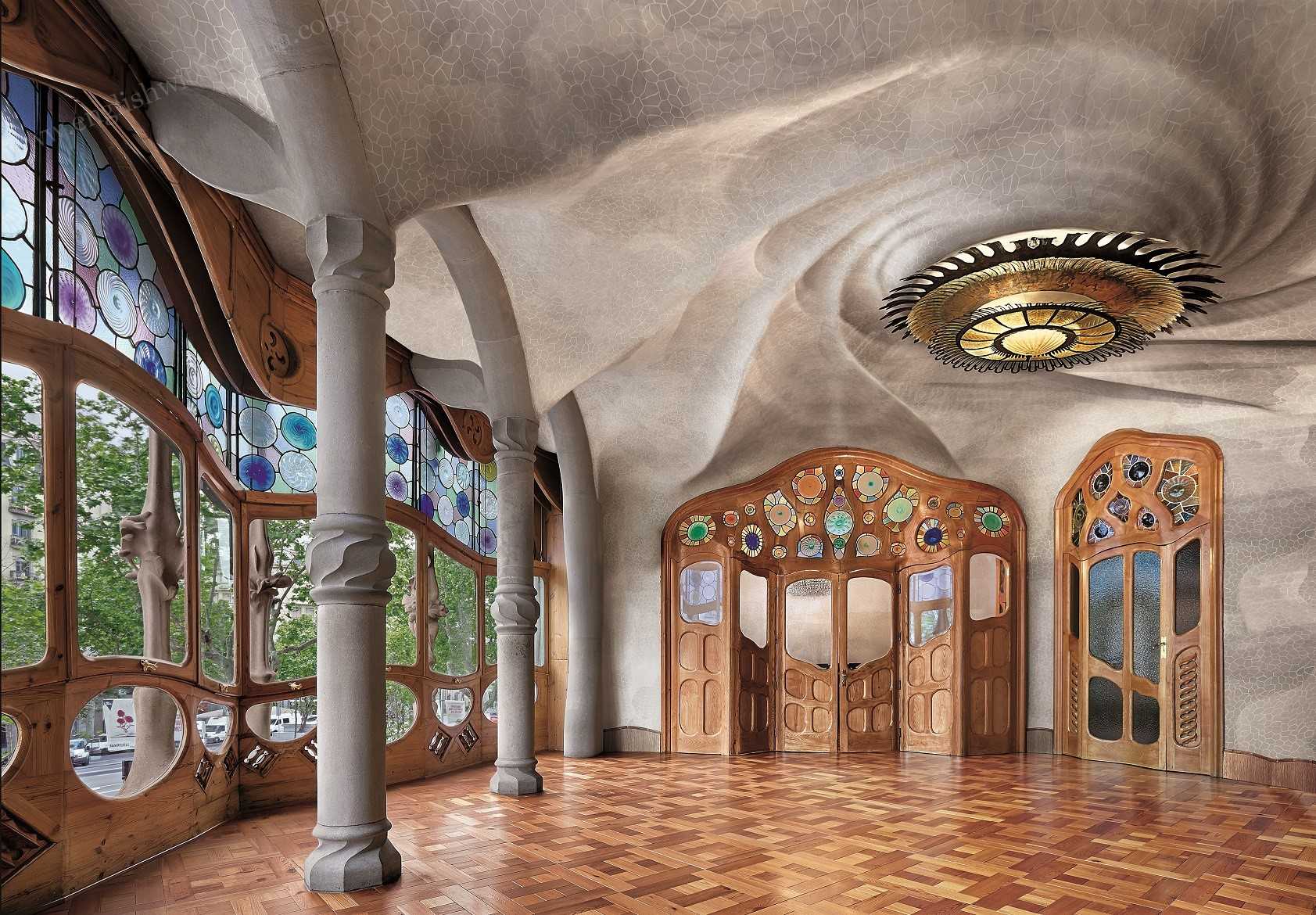 Know all about Gaudi’s Casa Batlló in Barcelona

To know all about Gaudi’s Casa Batlló in Barcelona, make your way to the heart of the city. Antoni Gaudí designed this building . A remodel of a previously built house, Gaudi redesigned it in 1904. It has been refurbished several times after that. and at present it is considered one of his masterpieces

Gaudí designed many other houses but, surely, Casa Batlló is one of the most appealing. It is not only because of its outrageous façade but, once inside, it is like entering a fantasy world of round shapes and organic forms.

Casa Batlló’s roof terrace with its impressive chimneys is beautiful. When climbing the stairs you submerge into the depths of the ocean sea. This arched roof represents the back of a dragon. A common theory about the rounded feature to the left, finishing at the top in a turret and cross, represents the lance of Saint George, patron saint of Catalonia. Saint George plunged this lance into the back of the dragon and killed him.

Casa Batlló is considered as Modernism or Art Nouveau. The ground floor, in particular, has unusual tracery, irregular oval windows, and flowing sculpted stonework. You will find very few straight lines, and much of the façade is decorated with a colorful mosaic made of broken ceramic tiles.

One of the most interesting facts about the Casa Batlló is that it isn’t called this way by all the locals of Barcelona. Some people in Barcelona refer to it as the “Casa dels Ossos.” This literally translates from Catalan to the “House of Bones” and t’s called this way for the simple reason that the facade resembles a skeleton.

If you want to know more about Casa Batlló, get this poster that shows the interior design of this breathtaking building right in the center of Barcelona, and also watch this enchanting video about the magic of Casa Batlló.

If you love architecture and want to know all about emblematic buildings and constructions, have a look at Le Corbusier house diagram or at Villa La Rotonda diagram.