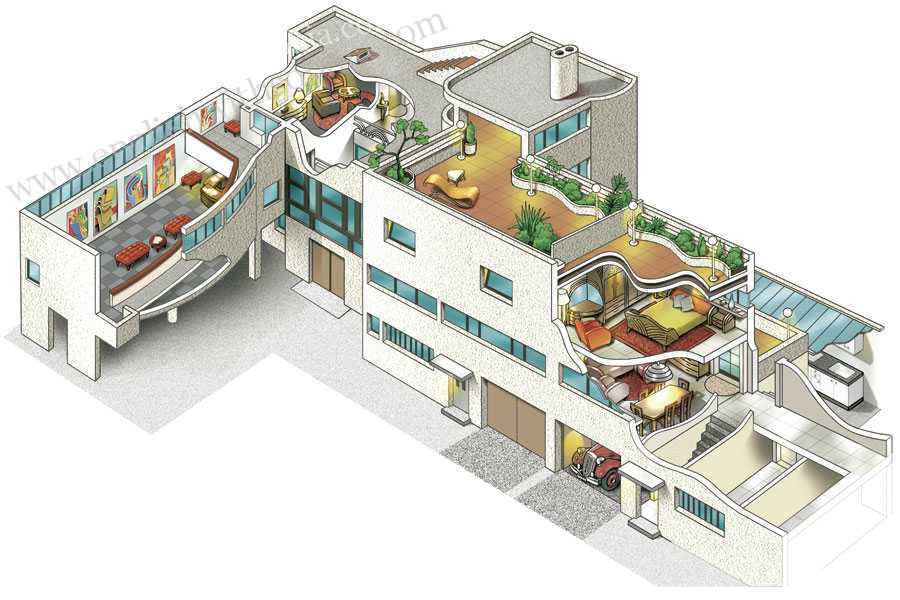 Charles-Edouard Jeanneret-Gris (birth name), (6 October 1887 – 27 August 1965), known by the popular name of Le Corbusier, was an architect and writer born in Switzerland.

In the 1930s, he became a French citizen. He is famous for his theories about modernism in architecture. His plans included the improvement of housing for people in large cities. This was because many people lived in poverty at that time.

Many of his designs have been built across the world. He also liked to paint and was skilled at designing furniture.

If you love architecture and want to know all about emblematic buildings and constructions, have a look at Gaudí’s Casa Batlló in Barcelona or at Villa La Rotonda diagram.