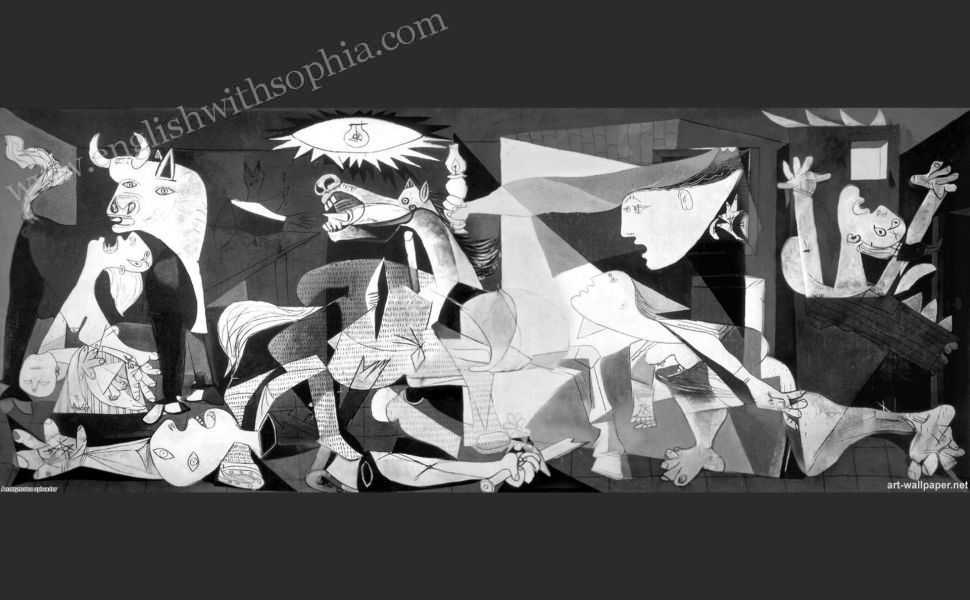 Pablo Ruiz Picasso, one of the greatest Spanish painters, was born in Malaga in 1881 and died in 1973.

He is considered one of the greatest artists of the 20th century. He is best known as the co-founder of cubism. A work of art is cubist when the artist opts to break up objects and reassemble them in abstract and geometric form. Picasso could draw and paint when he was very young. His first word was lápiz, the Spanish word for “pencil”.

Perhaps his most famous painting is Guernica, which shows the horrors of war after the bombing of the town of Guernica.  He spent most of his life in France when he was an adult.

Picasso had four children with three women. He died of heart failure in Mougins, France, on April 8 1973.

To learn more about Pablo Picasso, I would like to share with you this resource that consists of a warming up activity, a reading text, some reading comprehension questions, a couple of vocabulary activities, a collaborative exercise, and some final discussion points to deal with in a heads-together activity. You will also find the free answer key and printer-friendly version of the text in my store in TeachersPayTeachers.

My students have learnt about some of Picasso’s life and ideas and of course some of this worldwide famous masterpieces like Guernica.

Hope you find it useful!